The Best Mobile Translation Apps to Convert Any Language 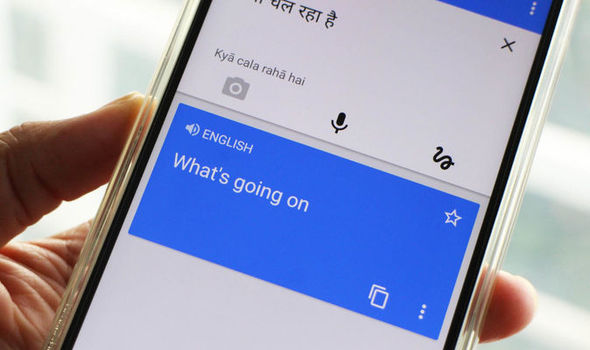 Technology is, indeed, a beautiful thing. You no longer need a translator with you wherever you go. With a smart device, you can download a translation app and easily converse or communicate in diverse languages. It cuts out the need to have someone translate, which may come at an extra expense. You must have the right language translator app on your Android or iOS device. We will look at some of them further down.

Google Translate is simple, versatile, and comes with a ton of other features. You have support for over 100 languages. You also get support for 38 and 32 words for camera and conversation mode, respectively. You also have access to translation for 59 words, even if you are in an area without Wi-Fi support.

iTranslate comes in the number of options, including converse, voice, and text translator. You get access to over 100 languages, and you can use 16 of them when offline. You can use it to the Apple watch and get access to iPhone keyboard extensions and iMessage. You have the option of free and paid packages. With the former, you will have to deal with the ads, while the latter gives you more features. The price ranges from $3 to $5 a month.

You may be in a different restaurant, and the language in the menu is not familiar to you. You only need to point your smart device to the text, and Text Grabber will translate it into a language you are familiar with.

SayHi Translate works for speech and text translation. You get a variety of languages, several them being in Spanish dialect. You can also copy your conversation onto other platforms such as Facebook, SMS, or Twitter. The best thing about this translation app is that it is free.

Microsoft translator shares a lot of similarities with Google Translate. It is, however, simpler to use, and most of the features are self-explanatory. You get voice translation, photo translation, conversation translation, and text translation. It is a beautiful tool to use when giving presentations to a broad audience. When you start using the translator app, you will get a code that you must share with the listeners so that they can join in the conversation.

You have the option of talking or typing, and your audience will receive a translation in their language of choice. Unfortunately, the number of words it supports are not very many. However, it is a free and versatile language translation app that you can use on your Android or iOS device.

What makes Triplingo stand out is the fact that you also get to translate the more informal languages such as slang. It comes with preset phrases that allow you to practice how to say them. You also get photos and voice translation and can use the quizzes to learn more about the language. It is a fantastic tool for determining the different cultures and social etiquette, such as dining, greeting, and local cuisine, among others. Another excellent feature is the safety hazards and travel warnings for the different countries. It, therefore, makes driving or travelling in a foreign country more comfortable. The app is free, and you can use it on both Android and iOS.

TheaterEars is typically for native Spanish speakers with the support of the English language. The app provides multi-language support. The app looks for movies that are playing in theatres nearby and gives you the option of downloading the audio track at least one hour before the movie starts. If you need to improve or brush up on your Spanish skills, then this is the translator app to have on your smart device. The app is free, and you can use it on your Android and iOS devices.

Papago Translate only supports ten languages but provides excellent Asian language translation when you compare it to what is in the market. You get access to additional features such as voice, text, conversation, and photo translation.

The Easy Language Translator gives you access to over 100 languages for both voice and text translation. You also get the functionality of converting text-to-speech and vice versa. It also has the feature that allows you to share or save your reading into MP3.

The offline translator is excellent because you get to convert several languages while you are in offline mode. It is, therefore, handy if you are travelling to an area that does not have reliable internet connectivity. You get an inbuilt dictionary, photo translation, and automatic language detection, among others.

Travelling to any foreign country can be very challenging. You will most probably face language and cultural challenges. In the past, you had to depend on a translator to have a conversation with the locals. Now, all you need is the right language translator app. We have looked at quite a number in our article above that can give you a ton of benefits and the much-needed language translation.