5 Tips to Use Google Translate While Traveling Abroad Easier 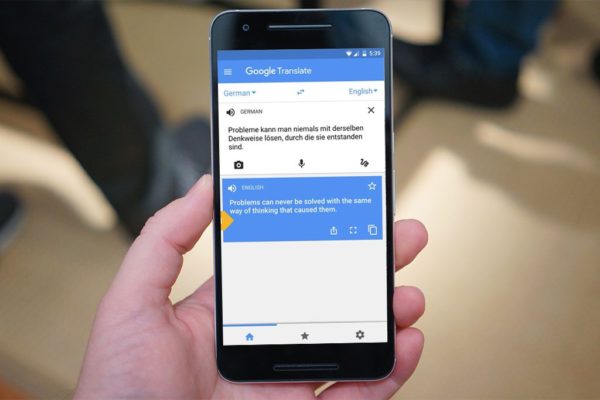 Language barriers can be one of the most challenging obstacles to climb for any of us. However, it’s worth climbing them if you want to travel the world because the experience that you’ll gain will be much more valuable than the problems you may encounter because of the language.

Fortunately, technology has also made it easier to climb the barriers of language. Today, for example, with the help of Google Translate, you can quickly solve the language problems in any part of the world if you know how to use it properly. It’s unarguably one of the most important tools for travelers, and that’s why we’re going to look at five ways of using it while travelling abroad. Let’s get started:

Though Google Translate works surprisingly well with all accessible languages, you can significantly increase its usability by checking how well it works with the language that you want to translate. For example, if you’re a native English speaker going to Japan, you should spend a few days before your journey to figure out how well Google Translate works with Japanese.

To do that, you should translate a few paragraphs of Japanese daily and get them checked from someone who knows both Japanese as well as English (you can easily hire such people online) to figure out how accurate the results are.

It would help if you did this for a few days to figure out the average accuracy rate of translation between the languages you want to translate. If you’re getting an average accuracy of more than 80%, you’re good to go. Otherwise, you’ll be better off with a local guide who understands your language.

While this is not a necessary step, it can significantly improve your experience while using Google Translate on your foreign trip because you’ll be aware of what to expect and what not to expect.

While generally, you get perfect readings from Google, it’s worth keeping in mind that you’re getting them from a machine. There are many occasions when Google Translate may mess things up because language is a tricky thing. The change of even a word may completely alter the meaning sometimes.

Fortunately, Google Translate also comes with a feature to save you from embarrassment in such circumstances. The function is called Reverse Translate, and you can find it by tapping the three dots appearing next to a translated word/sentence.

What it does is switching the translation languages back and forth, which can help you spot the differences, if any. If you see a difference in the meaning of reverse translation, rephrase your sentence a little differently to achieve a translation that conveys your message correctly.

Read the Signboards, Menus and Other Written Text:

Now when you’ve tested how well Google Translate works with the languages of your choice and know how to deal with imperfect translations, we’re ready to see how it can be used in a foreign country. One great way is to use it for reading signboards, menus of restaurants, and other written text.

It allows you to do that by taking an image of the document. You can click the camera icon inside its app to easily click a picture of the text from anywhere, which will then be translated automatically by Google Translate. Though it works best with the printed book, you can try it with handwritten text too.

When you start using a new local SIM card abroad, you may sometimes receive SMS messages that are in a foreign language (usually the language of the nation that you’re visiting). Google Translate also makes it easier for you to make sense of such messages, as its SMS translation functionality allows you to translate a word quickly.

You can do that with a simple button that appears right next to every word. When you tap it, the word will be translated right there inside your messaging app. This feature can help you make sense of the essential words that you receive.

By default, Google Translate works with help from the Internet. That’s okay if you’re not facing any connectivity issues. But when you go abroad, you can’t be sure about the circumstances that you’ll face. There may be instances when you’re cut off from the rest of the world with no connectivity in your smartphone.

In such a situation, Google Translate may not work. That’s why Google has built an offline translation functionality in its app. If you download an entire language pack on your phone, translation to that language may be done even if there’s no connectivity on your phone. So, you should download the package of language that you’ll have to translate abroad in your Google Translate app before embarking on your trip.

When you’re in a country where people don’t understand your language, Google Translate is a must-have app for your phone. As you can see from the use cases suggested above, it can help you with every step of your journey. If you’ve any other tips on using Google Translate while being abroad, share them in the comments. Also, if you know other people who go to countries where they face language problems, share this article with them to make their life easier.