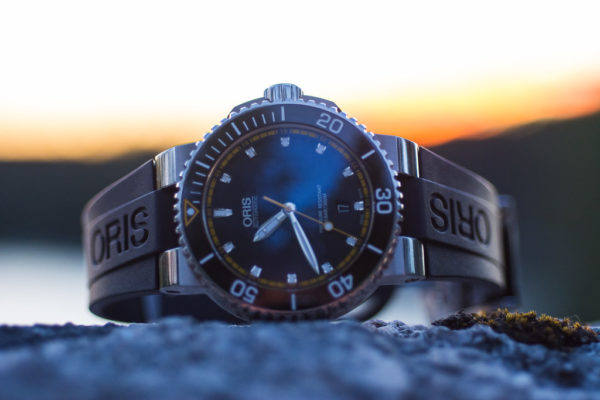 If we are talking about luxury watches, the Oris Watch is one of the famous brands worldwide. Georges Christian and Paul Cattin founded the Oris brand in 1904 in Switzerland, which started as a pocket watch company before proceeding to produce wristwatches.

Oris has developed several watch collections over the past few years. One of these is the Oris Aquis collection which are diver watches that offer a sophisticated and elegant look to those who wear the wristwatch.

The Oris Aquis collection also aims to promote Ocean Conservation by paying tribute to the Aquatic Species and Marine Conservation through its designs. They also collaborated with various organizations to spread awareness about the Ocean Environment.

Today, let’s dive at some of the limited-edition watches from the Oris Watch Aquis collection that primarily promote Ocean, Marine, and Aquatic Species conservation.

Oris commits to producing watches that spread awareness about Ocean Conservation. One of these is the Oris Lake Baikal, a collaboration project with the Lake Baikal Foundation in Siberia, Russia.

The primary objective is to conserve Siberia’s Lake Baikal, which is the deepest freshwater lake worldwide. Oris works hand-in-hand with the Lake Baikal Foundation to change life for the better.

This Oris Lake Baikal watch features a Blue dial with a Stainless steel material for the straps. It has a 38-hour power reserve and a 30 bar water resistance. Oris has only produced 1,999 pieces for this model, which makes it a limited-edition watch.

In their project “Go Your Own Way,” Oris commit themselves to raise awareness about the threat of plastics that cause pollution to the ocean. The company also aims to introduce several sustainable materials and manufacturing techniques with the Oris Clean Ocean watch.

This Oris Clean Ocean watch features a Blue dial with a Stainless steel strap, the same as the Oris Lake Baikal. The brand has only produced a limited number for this model, with only 2,000 pieces available in the market.

Another model that the company crafted to raise awareness about the ocean’s pollution threat is the Oris Great Barrier Reef watch. It is part of “The Ocean Project” and is the third limited-edition watch from the series.

The Oris Great Barrier Reef wristwatch features a Blue dial with a Multi-piece Stainless steel bracelet. It is water-resistant and has a 38-hour power reserve with Automatic Winding movement.

Oris Hangang is another model from the Oris Aquis collection that promotes Ocean conservation. The company has worked with Seoul KFEM to raise awareness about the threat that is currently happening in the ocean.

As for its features, Oris has taken inspiration from the vivid hues of the Hangang source, which they used to design this model with a green-gradient dial and a Stainless steel bracelet. It is also water-resistant and has a power reserve of 38 hours.

Oris commits to taking care of the Ocean Environment, but they also dedicate themselves to support projects involving the aquatic species. This Oris Hammerhead is a partnership project with Pelagios Kakunjá, a non-profit organization, to conserve the shark population worldwide.

The watch features a Gray dial with a Black rubber strap design. It also has a water-resistance of 50 bar and a power reserve of 38 hours. This watch is a limited-edition, with only 2,000 pieces available in the market. Oris will use the wristwatch’s proceeds to support the Shark Conservation Project by the Pelagios Kakunjá organization.

Oris continues to support the aquatic species conservation project with the Oris Blue Whale wristwatch. They aim to raise awareness about the endangered species as there are only 10,000 Blue Whales remaining on this planet.

The design features a blue-gradient dial which Oris took inspiration from the majestic Blue Whales. It also has a Stainless steel strap, 50 bar water-resistance, and a 48-hour power reserve.

The last watch that we will feature on this list is the Oris Carysfort Reef, which also aims to support the ocean conservation project.

Oris Carysfort Reef is a collaboration project between the Oris and the Coral Restoration Foundation in Florida. They crafted the watch to celebrate the 30,000 corals that they’ve planted in an attempt to preserve corals in the ocean.

This wristwatch model features a blue dial and a rubber strap design. It also has a water resistance of 30 bar and a power reserve of 42 hours.

The Oris Carysfort Reef also has a counterpart where instead of using Stainless Steel, the company used a Gold material highlighting the wristwatch’s sophistication and elegance.

Oris watch is one of the most famous luxury watches worldwide. It has several collections, one of those is the Oris Aquis.

The Oris Aquis is a collection of dive watches that serve as a platform to raise awareness about the Ocean Environment, Endangered Aquatic Species, and Marine Conservation.

In this article, we have listed seven Oris watches that aim to promote Ocean Conservation. Not only does Oris craft stylish and sophisticated wristwatches, but they also create them for a meaningful cause.