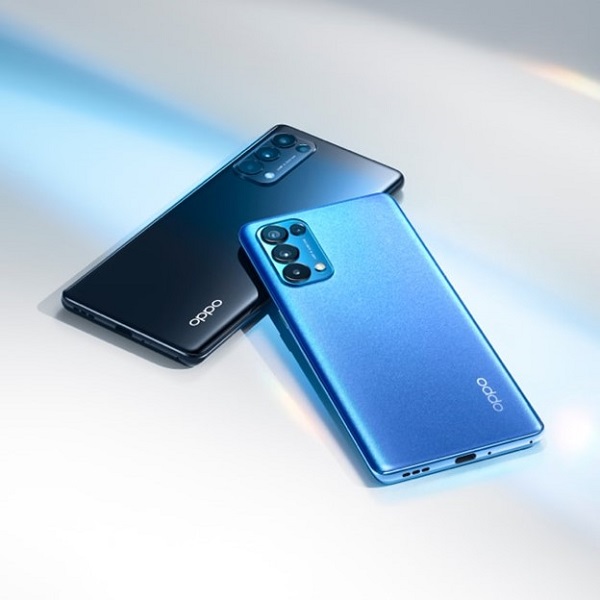 OPPO Smartphones: The list of new phones from the leading brand, OPPO, especially OPPO mobiles under 15000 and its 5000mAh battery mobile models of 2021, will be a long one. The brand has announced a host of smartphones, including the OPPO Find X3 series, OPPO Reno5 Pro, OPPO A54, and OPPO A35.

Both in the country and internationally. OPPO has also planned to expand the 5G smartphone lineup sooner than expected. Besides, the company has also been working on the new F-series smartphones, foldable mobile phones, and other unknown devices.

We have compiled an exhaustive list of upcoming OPPO mobiles and those OPPO mobiles under 15000 and have launched this year. So without further ado, let us take a look.

OPPO A74 has launched in India on April 20th. The handset is among the cheapest 5G smartphones in India. The brand had earlier confirmed that the prince of OPPO A74 5G in India would fall under Rs 20,000.

As for the specifications, the OPPO mobile phone comes with a 90Hz refresh rate, Qualcomm Snapdragon 480 SoC. This is a 5,000mAh battery mobile equipped with 18W fast charging along with Android 11 OS.

In terms of cameras, the OPPO A74 5G model wonderfully features a quad-camera at its back, including a 48MP primary, 8MP ultra-wide-angle, 2MP macro, and 2MP depth sensors. The phone also has a 16MP sensor on the front to take selfies and for video calls. It also boasts a side-mounted fingerprint sensor that is known to ensure security.

OPPO F19 smartphone has recently been launched on April 6th 2021. The mobile comes equipped with a 6.43-inch touchscreen and a resolution of 1080×2400 pixels. It also has an aspect ratio of 20:9. Octa-core Qualcomm advanced Snapdragon 662 processor powers the OPPO F19.

The mobile has 6GB RAM. OPPO F19 operates on Android 11 and is a 5000mAh battery mobile. This OPPO F19, like most of its other models, supports fast charging.

Connectivity options on OPPO F19 are as follows:

Oppo F19 Pro has recently been launched on March 8th. It comes with 6.40-inch touchscreen display and 1080×2400 pixels resolution and an aspect ratio of 20:9. Powered by an octa-core MediaTek Helio P95 advanced processor, the OPPO F19 Pro is all set to satisfy users with its performance.

According to the reports the Oppo F21 is going to introduce in the second half of the current year. Itwill be the successor to OPPO F19 smartphone models.

The OPPO F21 series specifications so far remained under the wraps. News also suggests that the model may be under the ‘OPPO mobiles under 15000’ bracket. However, our experts will keep an eye on the model and will soon keep you updated about the latest news, so keep watching this space.

This is another upcoming OPPO mobile phone down the pipeline. The company is planning to introduce its unique foldable phone in Q2 2021. It is going to launch between April to June. The smartphone will take on the Samsung and Huawei foldable in China. The design or the hardware specifications of the OPPO foldable are not disclose yet.

It is an unknown OPPO mobile phone. The handset will come with mid-range specifications such as a MediaTek Helio P95 chipset coupled with 6GB RAM under the hood if its Geekbench and FCC listings are to go by.

Besides, the listings confirm that the OPPO smartphone will sport a 4,310mAh battery, 48MP quad-camera system, Bluetooth, dual-band Wi-Fi, and 4G LTE. It run ColorOS 11 atop Android 11 to take care of software requirements.

In addition to these smartphones, OPPO is gearing to bring six more 5G OPPO phones in 2021. These will be launched in India. You can buy OPPO smartphones from Bajaj Finserv EMI Store. One can also avail of some exciting offers like No Cost EMI on zero down payment and same-day delivery on selected products using Bajaj Finserv EMI Network Card.