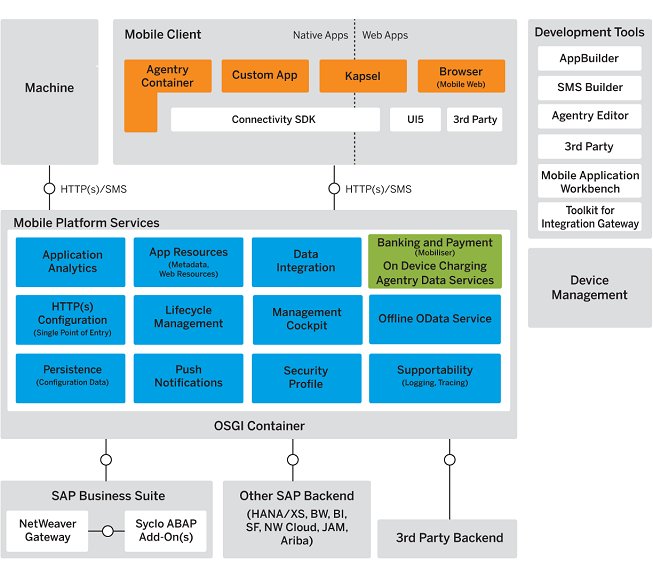 The penetration of technological upgrades to the deep pockets of geographical realms has been quite remarkable. Also, with mobile devices fast attaining the status of a primary screen, the use of apps is at an all-time high.

Why is this discussion important?

Let’s not forget the increase in access to the internet to places where one can not even have proper road connectivity is fascinating, to say the least. The tools of modern technology that make our life easier, mobile devices and apps, have become the new way of life.

This explains why we have 2.2 million apps in the Apple Store and 2.87 million apps in Google-Play. But the maintenance of such apps requires certain aid. The need for external support has assumed immense importance. It is where the SAP mobile application solutions come into play.

Role of SAP in mobile App Development and deployment

To keep the functionality levels high and ensure the security of data, the apps are updated and deployed regularly. In some cases, developing a new app becomes important to handle a large user base.

Now, the role of SAP mobile application solutions is to address the pain point to smoothen the process of development and deployment. These pain points relate to the collection of data for analytics, and to maintain the security standard.

Yet, the question arises how does SAP assists in mobile application development and deployment? The answer lies in the efficient use of the SAP mobile platform or SMP. This mobile solution transforms them into -maas- ‘Mobile-as-a-service.’

Developing and deploying an app is a tedious task, as the apps need to be developed separately as per the OS platform in consideration.

Now, this requires data collection of different types from various sources, and then an analytics report is produced. SMP streamlines the data collection process making it simpler to find the bug and fix it.

SMP creates an environment for easy development and deployment along with the use of SAP enterprise solutions. Thus, they can easily navigate between different mediums without actually having to follow the exit and enter.

Functions of the SMP platform

Use of O-data for Offline service: One of the functions of SMP includes the use of operational data to simplify the process of creation of the offline apps.

Providing APIs- One of the basic functions of SMP, as we all know, is to assist in developing and deploying apps. This assistance comes in the form of offering different APIs and augmenting the process of deployment using SDKs.

Mobile Application Services- This SMP functionality hinges towards providing support to the IT team. It provides management capabilities to the IT team. Also, these advantages of the mentioned console are easily accessible through any device.

Advantages of SMP in a nutshell

To cut the long story, the SAP mobile Platform has provided the companies with a reliable tool to develop apps without having to worry about different variables.

For instance, SMP companies can develop apps without thinking about the medium of deployment. Also, the integration of SMP with existing SAP enterprise solutions has made the task of developing apps easier.

How to Speed Up Your Website?
Why Web Developers Prefer WordPress